The fastest and most safe way to permanently unlock your phone 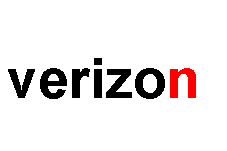 For unlock any Verizon USA device we will send you a special software for unlock and set up the device.

Samsung Verizon devices are programmed for CDMA coverage, we need this software for enable GSM coverage in the device

We need root the device, you can unlock the device without losing data.

You can restore and reset your device, the unlocking is forever.

Online service, from your own home.

Verizon is one of the largest telecommunications companies with a global reach. It was founded in 1984 under the name of Bell Atlantic, being one of the so-called "Baby Bell" for the breakup of AT&T in 1983.

Its headquarters are in New York, its birth came as a reason for the series of antitrust trials against AT&T, originally operating in the states of Pennsylvania, Delaware, Washington, Maryland, Virginia and West Virginia.

Many will know or remember the famous Verizon global surveillance case. This case began when the British-born newspaper "The Guardian" openly informed that it had obtained an order from the FBI with approval and authorization from the United States Court of Foreign Intelligence, which forced the Verizon company to hand over the entire bulk of metadata from phone calls made in the United States to the NSA (National Security Agency).

According to "The Wall Street Journal," Verizon had received more than a thousand requests for information from its users for apparent reasons of "national security," this information being an extremely worrying point for customers as I touch all areas not Only federal, local and state. This raised a controversy in the United States, where a struggle of interest was revealed between what the state called "national security" and among the citizens who wished to defend their privacy rights.

Where can I unlock my Verizon device?