How to unlock my Huawei Ascend G730 for FREE?

If you want to get the unlocking code for your Huawei Ascend G730, we recommend you to contact to the original carrier, because it is the only way to obtain the SIM network unlock PIN for free. You must know that you need to fulfill the carrier's requirements, such as being the cell phone plan owner. In these cases, it is very difficult to acquire the free unlocking, so Movical.Net can get you the same unlock code in record time.

Don't get complicated, the best way to calculate the unlocking code is our servers, when inserting a new SIM card from another carrier your device will prompt the unlock code. You need get the unlock code filling out the form and making the payment, shortly you will receive an email with perfectly detailed instructions on how to enter the unlock code.

Our unlock allows you to use any SIM from 3, Access Telecom, Airtel - Jersey, Clever Communications, eMobile, Meteor / Eir, O2, Tesco, Vodafone - Eircell from Ireland and all countries of the world.

Huawei Ascend G730 does not allow me to send calls

If the Ascend G730 accepts the SIM card but does not allow you to send or to receive any call, it could be because the IMEI is blacklisted due to loss, theft or unpaid bills. Even if SIM unlocking is achieved, it is necessary to fix the IMEI problem contacting the carrier.

We can unlock any Huawei Ascend G730 version

How to insert the unlocking code for the Huawei Ascend G730 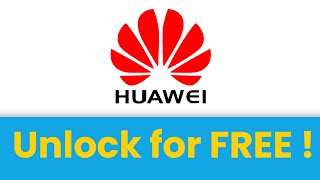